Today Carlow talks about talented female performers that everyone should look up to.

From an interview weeks back, Carlow has mentioned his admiration for Lady Gaga especially with her rendition of the Star-Spangled Banner during the Superbowl earlier this year. During our conversation, he mentions some female performers that are worth a spot in your current playlist. And no, don't expect him to mention Beyonce'. 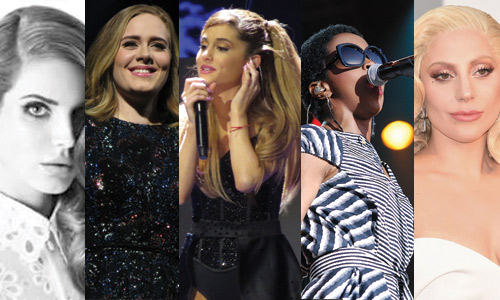 The first artist he mentioned was Lauren Hill. "I think that she's not given enough credit- the woman has talent that speaks from pain and experience. A live performance also showed the beauty of hip hop and folk music mixed together. It really goes to show that she was greatly influenced by different performers from different genres."

Surprisingly, Carlow has shared admiration for Arianna Grande too! Even though the whole world saw her grow from a little kid to a grown teen that tries to become a woman, Arianna Grande has talent that sets her apart from today's teen idols."Her overall image may not be my cup of tea but at the end of the day, art is all about the art and not the artist."

Adele was also given a special mention too: "You can't go wrong with Adele" and Carlow also shares his appreciation for Lana Del Rey. "Her voice is amazing and she can be versatile- she can sing theatrics one moment and some urban beats in the next. Her inner struggles and experiences have turned her life and artistry into a work of art and I find that pretty amazing."