Diving is all about discovery as told by Carlow.

It's no secret that Carlow is a free diver by heart. While he's not spinning for Y101, he takes time to go to the beach as much as he can. If money were no object, he'd like to go to some of the world's best diving destinations. Sometimes in between shifts, he makes a mental bucketlist of where he wants to explore, such as thoughts on what its like to swim in the deep waters of the Red Sea, where the wreck of the SS Thistlegorm is located. "I love swimming and getting up close with colorful wild life but diving is also about being free and discovery...the SS Thistlegorm is one of the world's most famous diving sites and they say that you can find several artifacts including army trucks, tanks, rifles and even remnants of planes and cars." 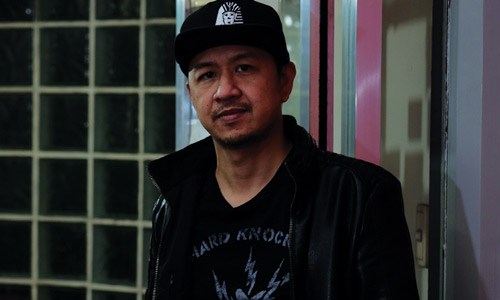 He also mentioned the Silfra lagoon at Iceland where the reefs and water give a neon glow or the busy underwater wildlife at the waters of Sipadan Island at Malaysia. "I've read somewhere that diving into Sipadan is like going headfirst into a fish tank. You can see a sea of sea turtles, barracudas, and pelagic fishes...you'd think there are no corals because there's too much fish!"

Carlow also shares he'd like to brush up his skills on diving and wants to learn drift diving since other destinations have faster currents unlike the usual calm state underwater. "It's like going with the current underwater so it makes you cover long distances."

Are you into diving too? Which parts of the world you'd like to explore? Keep the conversation going and share with us!