Oh how Carlow just loves to see those heads roll.

"You know those parts when it all get bloody and heads just get cut off...the latest season just keeps my mind off all that election negativity." 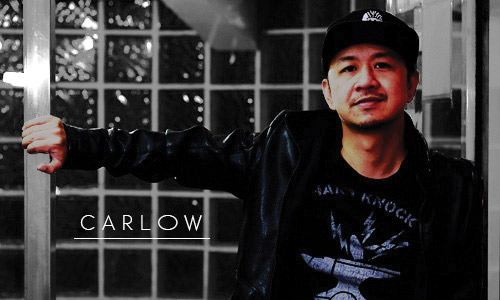 With the recent release of the second episode of Game of Thrones, it's a good diversion against all the current political drama all over our news feeds. "For me GOT reminds me of Philippine politics and the dirty side of politics in general. You gain allies only to find out they were to repay you with betrayal. But it also teaches us to be wise on who we trust."

"I don't usually comment or want to comment on the current events regarding politics but the recent TV ad using kids spreading diabolical thoughts was really a low blow for me. But let's go back to GOT. It's storyline is so unexpected and even main characters die. I don't want to spoil those who haven't watched the first few episodes of the latest season but so far, it's really awesome. I think the story has made great contrasts in whats beautiful and morbid, suffering and honor, and fantasy and reality. If you're into following all the latest issues, rumors and black propaganda, watching the show or even reading the book is greatly related with all that's going on."

RELATED ARTICLES: Things to Remember Before Watching GoT Season 6

Since the upcoming Philippine elections was mentioned, what does Carlow look forward to AFTER election day? "More awesome episodes of Game of Thrones."