Is EDM losing its trend?

After I wrote ‘Is Rock and Roll Dead’ I asked Mike O about his reaction to my article. He’s the man who creates the playlist for Friday Gold Rush, so therefore he’s the perfect person I just had to ask. He knows more about rock and roll than anybody else so I grabbed the opportunity and got my recorder, sat in his office and talked with him for 30 minutes. 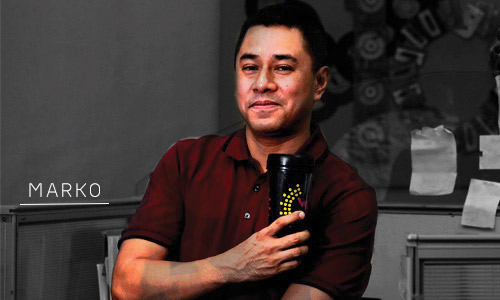 I had a fun conversation with him talking about rock music, indie rock, metal, jazz, Coldplay, and how people approaches rock music differently. He said he agreed to what I said in my article except for one thing.

In my previous article I said that rock music has no place in the mainstream anymore because of the steady success of hip-hop and the popularity of EDM. Mike O disagrees and told me that EDM is on a downtrend already.

He said that EDM’s peak was in 2010-2013, and that today we get less of that banging sound. Mike O defines EDM as a genre not as an umbrella term for all electronic dance music. He told me that it’s an offshoot of house, trance, and drum and bass.

“If you’re a clubbing person, it’s just the same. EDM has no groove for me. EDM is all bang, no smooth transitions”.

For Mike O dance music should go slow first, then go faster and faster ‘til it builds up and goes down. That’s what the dance music Mike O grew up to. EDM is only bang all throughout.

Back in the early 2010’s, EDM was very popular. Mike O called them the Gods of music, they are this generation’s rock bands. He said that they were only popular then in an economical sense.

“When you get a DJ it is cheaper, In a band you have to pay for each member. A DJ is only one person. It’s economical for the producers and for the people who handle the tour.”

But right now Mike O thinks that EDM has gotten less popular. It has been replaced with a groovier sound brought to us by DJ’s like Tez Cadey, De Hofnar, and Robin Schulz.

“I thought EDM could have lasted longer. But right now music festivals are already getting back the feel of the groove, and the feel of guitar-driven bands.”