There was a notorious Star Wars fan ficiton that circulated last year about how the clumsy and stupid Jar Jar Binks is actually a powerful Sith who secretly posesses the force and is in partnership with the evil Palpatine to overthrow the Galactic Republic. 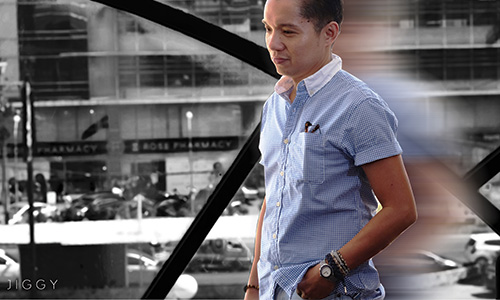 Beautifully thought-out, detailed and complete with pictures and gifs, the fan theory created quite a buzz especially when you take into account how subtle and effective Jar Jar’s manipulation was. In Attack of the Clones, Jar Jar persuades the senate to grant emergency powers to Palpatine, paving the way for his ascent to power.

In a way, the timeline kinda went like this; Jar Jar persuaded the ascension of Emperor Palpatine. Palpatine then taught the young Anakin Skywalker the secrets of the Dark Side and he became Darth Vader. Years later, Luke Skywalker, Vader’s son challenged him and convinced him to turn from the Dark Side. Luke declared himself a jedi and so Palpatine tortured Luke. Unwilling to let his son die, Vader kills Palpatine, and by doing so got mortally wounded and died, but before being able to redeem himself to his son.

With the Star Wars exposition and set-up over and out of the way, I can finally start the article.

Jiggy Jr. believes there is parallelism in the Star Wars universe with the way Philippine politics is running recently. Although I don’t quite get the timeline of Jiggy’s comparison, I did however understand his analogy. I’m not claiming to be a huge Star Wars geek, but I trust Jiggy in the way he passionately compares the characters in a fictional universe to the people that are trying to run our country.

With that analogy, he believes that a certain tandem would trigger a change that is worrying. “It’s just amazing how our people, after only three decades, have forgotten about what we fought about thirty years ago.” He later added “I think partly we are to blame. It was a bloodless revolution. We fought that revolution with flowers and rosaries. I think that’s a lesson in history for us and for the world. If you have a bloodless revolution, it will be less memorable. People will forget easily, and thus we’re back to square one thirty years later.”

He is however open to giving people a chance, but he is certainly doubtful. “We need a president that will inspire us as a people and I haven’t seen that president yet. I haven’t seen an enigmatic, charismatic president.”

Jiggy Jr. explained to me that relatability shouldn’t be considered when voting for a presidential candidate. “isn’t it when you can relate to a candidate, when you can say “hey that’s just like me!”, isn’t that a signal for you not to vote for that? There’s a reason why you’re not president.”. He told me that he understands why people would most likely vote for candidates they can relate the most, but our morning DJ believes it is wrong.

Politicans are pleasing the voters by trying to relate with them and I think our DJ is sick with it. What Jiggy Jr. needs is a president that is competent, that is all.