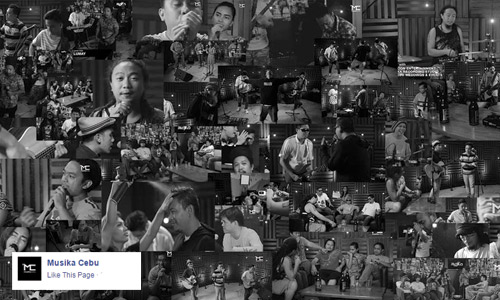 Jiggy Jr doesn’t believe in local music, he believes in “music” without labels from what genre it is or from where it originates.

For Jiggy, categorizing music based on its genre or where it came from is futile. If Jiggy likes what he hears, then that’s enough to warrant that it is music that interests him. Jiggy has even played several songs from artists that originated in Cebu.

For the past months, people who turned in to Jiggy in the Morning heard songs that they probably didn’t even know were homegrown. Our morning show host played a few songs from The Labrats, Cattski, Urbandub, and just this week he played Drop Decay’s new single BBG.

Not a lot of people know that Y101 has been supporting the local music scene since the 80s! During the early 90’s, under the management of Johnny Kawa, Y101 co-produced a compilation album full of songs from artists from Cebu that include the band 40, Lapu-Lapu DROP, The Ire, and ETU among several others. This radio station was even responsible for putting the hip-hop royalty from Cebu, Dice & K9/MOBBSTARR’s Itsumo onto the airwaves.

“Historically, we play bisaya music. We could play any kind of music regardless of what language it uses. Y101 is not bias to a particular language, we don’t mind if a song’s in Bisaya or French or Tagalog, if it sounds good enough to play on the radio, then we play it.”, said Jiggy.

Jiggy however admits that there is still a stigma going on around about how some of our people underestimate our local music and think that it sounds baduy. He feels that these people’s perception is wrong. When asked if people should start changing that perception, Jiggy answered me and said that perceptions can’t be changed overnight. “If you’re going to try to change culture, it's gonna take hundreds of years. So I think we should start making more better music, to prove them wrong”.

Jiggy then shared to me a few of his favorite homegrown artists. He recently discovered the Vispop-winning entry song from last year Buwag Balik by Lourdes Maglinte. He said that he loves its spunky lyrics and its jazzy groove. He also mentions that he adores the music by Cattski, Bambu Spliff, and Wonggoys.

Catch Jiggy Jr every Mondays to Fridays on Jiggy in the Morning 6am to 10am. Only here on the rhythm of the city, Y101, Always First.