It was a careful mix of fun and depressing.

Jiggy Jr. loves some of them pop culture. Obsessed with Star Wars and was once an avid comic book collector. When he was a kid he collected Iron Man, a little bit of X-Men and Fantastic Four. Since he is a little comic book geek, I thought it was fitting for him to review Zack Snyder’s Batman v Superman: Dawn of Justice which our beloved deejay saw last weekend. 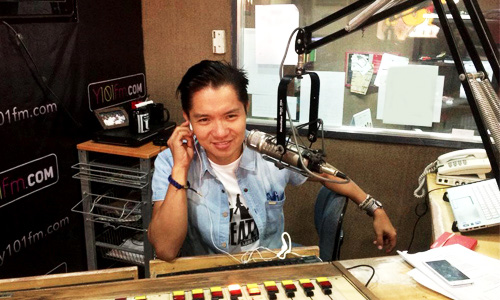 Movie critics and comic book fans found the movie really disappointing. Before seeing the film on screen, Jiggy was ready to get disappointed. “People were saying it was horrible, critics were saying it was bad. It’s different when the trailer or the review of a movie is good and then you get frigging disappointed when you watch it, and in this case it was the opposite.”

Despite polarizing reactions from fans and critics, Jiggy found the movie somewhere in the middle. He said that fun was not the mood you get out of the movie. It was a careful mix of fun and depressing.

It was strategic in the part of DC. Jiggy believes that the DC franchise wants to be taken seriously. Compared to the cartoonish antics and funny quips the Marvel characters deliver in their movies. He believes that DC is trying to distance themselves from the Marvel way of making movies. The DC universe is dark and serious and he believes that it is a very good platform for them to be set apart from their comic book rival.

After seeing Batman v Superman, Jiggy found an appreciation for the previous DC flick Man of Steel where he thought that it was unfair for Superman to star in a dark and depressing film. “I felt that Man of Steel was forced. It wasn’t the same old superhero full of life, full of color and wonderful positivity. The way they made man of steel was too dark for my sensibilites. I felt that was Batman’s thing. The darkness is Batman.”

He thought that it was important that Man of Steel existed because it could not have him prepared for Batmnan v Superman. He said that it was unfair for Superman but in hindsight, you won’t be able to understand the big picture.

I asked Jiggy his opinions about the characters in the new movie and he said that Batfleck was really good. Ben Affleck played a really good old Batman and even though he thought that Christian Bale was the darkest Batman of them all.

Jiggy Jr. would reccommend you to watch the movie if you’re up for it. The movie may be dark and depressing but you would be rewarded with better knowledge of the DC universe and be treated with cool cameos that include Aquaman, The Flash and Wonder Woman.