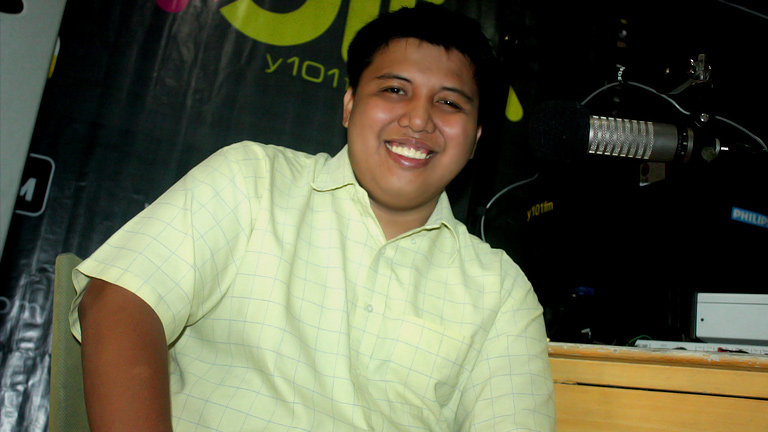 Here’s Frankie, this generation’s pal! The rhythm of the city has finally someone on board who lives and breathes what a millenial really is like. Frankie wants to be this generation’s John M or Chad the Stud. By that, he means to be the friend of the airwaves that his generation can relate to.

He’s chill, he’s young, he’s someone anyone would like to have a beer with. He’s here to make the afternoon drives less stressful, the late nights more comfortable, and the Friday nights wilder! Frankie is the millenial’s laid-back radio friend. He’s gonna make things fresh and he’s gonna make them relatable!

Foo Fighters turning 25
Entertainment
Legends of the Hidden Temple is Coming Back and this time it’s for adults!
Entertainment
Beastie Boys team up with Spike Jonze for Photo Book
Entertainment
Chloë Sevigny and her partner, Sinisa Mackovic, are about to become parents
Entertainment
Real-life inspiration for Jennifer Lopez’s “Hustlers” character sues producers for $40 million
Entertainment
› ‹