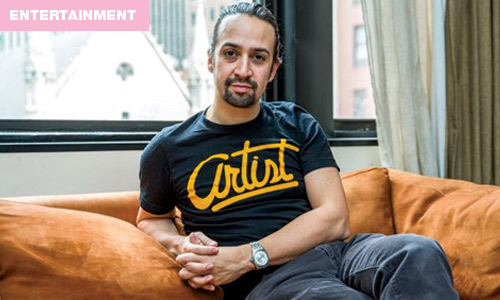 Lin-Manuel Miranda composed a quick musical out of Donald Trump's holiday tweets atop a double-decker bus.


Lin-Manuel Miranda, the composer and creator of the wildly famous Broadway musical Hamilton rode a double-decker bus through New York City and sang Donald Trump's tweets in the form of a musical for this month's cover of GQ Magazine. "I have not changed a word of these, only added melody," the Hamilton creator said as a disclaimer.

After Miranda's final Hamilton performance in July, the Pulitzer Prize and Tony Award-winning composer said he would begin several film projects both on and off screen. He'll star in the Mary Poppins sequel, Mary Poppins Returns and is working on scores for the animated feature Moana as well as a live-action remake of The Little Mermaid.