‘Do You Remember the 21st Night of September?’ : Why the Earth, Wind & Fire Song Makes You Happy 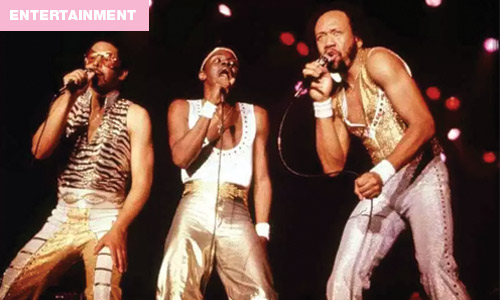 This song has a tendency to make people happy when they hear it. Allee Willis, who wrote the song with Maurice White and Al McKay from Earth, Wind & Fire, describes it as "Joyful Music."

The story of the song begins in 1978. Allee Willis was a struggling songwriter in LA — until the night she got a call from Maurice White, the leader of Earth, Wind & Fire. White offered her the chance of a lifetime: to co-write the band's next album. Willis arrived at the studio the next day hoping it wasn't some kind of cosmic joke.

"As I open the door, they had just written the intro to 'September.' And I just thought, 'Dear God, let this be what they want me to write!' Cause it was obviously the happiest-sounding song in the world," Willis says.

Using a progression composed by Earth, Wind & Fire guitarist Al McKay, White and Willis wrote the song over the course of a month, conjuring images of clear skies and dancing under the stars. Willis says she likes songs that tell stories, and that at a certain point, she feared the lyrics to "September" were starting to sound simplistic. One nonsense phrase bugged her in particular.

"The, kind of, go-to phrase that Maurice used in every song he wrote was 'ba-dee-ya,' " she says. "So right from the beginning he was singing, 'Ba-dee-ya, say, do you remember / Ba-dee-ya, dancing in September.' And I said, 'We are going to change 'ba-dee-ya' to real words, right?' "

Wrong. Willis says that at the final vocal session she got desperate and begged White to rewrite the part.

"And finally, when it was so obvious that he was not going to do it, I just said, 'What the f- - - does 'ba-dee-ya' mean?' And he essentially said, 'Who the f- - - cares?'" she says. "I learned my greatest lesson ever in songwriting from him, which was never let the lyric get in the way of the groove."

This also applied to the opening line ‘Do you remember the 21st night of September?”. Maurice insisted that there is no significance to the date. "Maurice had that very first line, and I said to him, 'Why the 21st?' Because I'm someone who likes to tie up all the ends very neatly, so if I'm saying the 21st, I want to know during the song what's the significance. But he always told me there was no real significance. So whether that's true or not I can't say. But as far as I know, it's just something that sang really well”.

Why does the Song Sound very Happy?

Jeffrey Peretz, a professor of music theory at New York University's Clive Davis Institute, says that what makes September’s groove so powerful is that how the music unfolds. The song's very structure is an endless cycle that keeps us dancing and wanting more.

"There's four chords in the chorus that just keep moving forward and never seem to land anywhere — much like the four seasons," he says. "It's the end of summer, it's the beginning of fall, it's that Indian summertime, it's the transition from warm to cool."

The trigger for that yearning feeling, Peretz says, is the opening line. White asks, "Do you remember?" and we supply the memories. It's a song that can bring all of the generations together, which makes it perfect for family gatherings. The true meaning is up to us — including, Allee Willis who once was bothered about that strangely specific date. 21st of September.