Popular Sport Activities Not Recognized by the Olympics 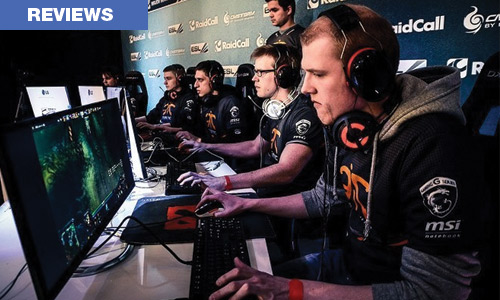 The Olympics has been around since the time of Athena and Zeus.

And since 1894, the International Olympic Committee (IOC) is responsible for recognizing a sport and making it eligible for inclusion in the Olympic Games so long as it satisfies certain criteria. But surprisingly, there are still popular sports out there that hasn’t been given the Olympics status. Here are some of the popular sports that deserve to be an Olympic event some day.

First played in the 15th century, this popular Southeast Asian football-meets-volleyball game hasn’t been recognized by the IOC as a Olympic sports yet. Also known as kick ball, sepak takraw, was originally created by the royal family of Malaysia about 500 years ago. Sepak Takraw differs from volleyball in its use of a rattan ball and only allowing players to use their feet, knee, chest and head to touch the ball.

Cricket, a British bat-and-ball sport, is the second most watched sport in the world, with over 2.5 billion fans. Despite its massive fandom, cricket is not a part of the Olympics. It was in the first modern Games in 1896, but was later withdrawn due to a lack of entrants.

While darts may not take much vigor, many consider it a sport. There have been great efforts by various official dart organisations to get darts into the Olympics, and the Olympic Committee have said it may become incorporated in the 2024 games.

Bowling has been around since the Ancient Egyptians. Bowling was temporarily introduced into the Olympics as a demonstration sport at the Seoul Summer Games in 1988. However, only 20 countries participated and the sport hasn't made a reappearance since.

Many people may view chess as a game or recreation rather than a full-fledged sport. But not the IOC, which officially recognized chess as a sport back in the 1920s. It was originally intended for inclusion in the 1924 Games in Paris but didn’t make it because they couldn’t distinguish the amateurs from professional players. Since then, chess still hasn’t graced the Olympic stage despite lobbying efforts by the World Chess.

This “human cockfighting” and no-holds-barred sport might not jibe with the Olympic emphasis on safety for athletes, but it would have been more at home in the ancient Olympic Games in Greece, where competitors would battle fiercely—sometimes to the death. In the meantime, MMA isn’t recognized yet. But forming their own international federation might be a crucial step into the Olympic arena.

No wait, electronic sports, or professional video gaming has been recognized by the International Olympic Committee as an Olympic sport! It made its debut at this season’s Rio Olympics.