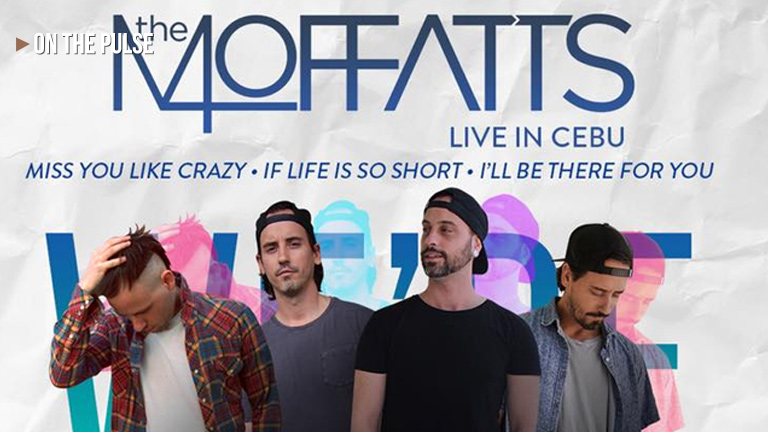 The Moffatts were these four adorable teenage brothers who formed a band and rivaled Hanson in the 90’s. Though they didn’t get much traction in the U.S., they were however very popular in the Philippines. Their hits such as “I Miss You Like Crazy”, “I’ll Be There For You” and “If Life Is So Short” translated terrifically into our country. They became the soundtrack to so many boys and girls growing up at the time where falling in love with boy bands weren’t yet so destructive.

Shortly after releasing their 1998 pop album, “Chapter I: A New Beginning”, the young brothers split up to focus on each of their personal lives. Some of them relocated to other countries while the others continued making music. In 2012, Scott, Clint, Bob and Dave reunited the Moffatts more than ten years after they burst into scene. Now, as part of their Farewell Tour, the band will come back from retirement to perform their catalog of hits and other songs this November 23, 2018 (Friday) at the Hoops Dome Arena in Lapu-Lapu City, Cebu.