For Icky, Y101’s weekend radio host, change certainly hasn’t come yet, especially when our society isn’t helping out to improve the well-being and safety of our community.

Icky has always been known by his colleagues and acquaintances for being a very successful businessman. Having been admired by the likes of John M and Chad the Stud. With a few business projects that aim to assist people here and there, Icky has always been enthusiastic to help people out and has always been that devoted to serve the public in ways that this DJ can. 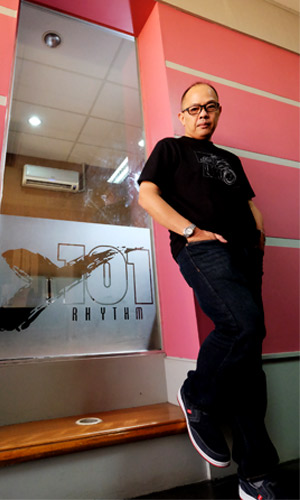 If Icky could’ve ran for a position in the government, he would have power and greater chance to certainly try and advocate a better society for us people to live in.

“Filipinos need to change and think more on helping others rather than helping themselves. Change can begin as long as one believes that change can happen.”, Icky said.

The thing is, most Filipinos are stubborn when it comes to following rules. Most of us are cunning to evade following etiquette and laws set by the people we elected and depend on to make our society a better place to live in.

Icky believes that our society should’ve started to “change” a long time ago. Most of the people right now are sadly still not contributing positively to society. People have taken the simple stuff for granted and are blatantly ignoring the simple rules like not to cross the streets at red lights, not to counterflow on traffic, and especially not to throw trash anywhere.

Last week Cebu experienced one of the worst floods that have drowned our streets, and it’s not because we have poor sewage system but because the people’s trash are clogging up the drainage.

“Filipinos need to be disciplined. We have gotten away with so many things in the past that lawlessness seems normal to some degree. However, there is still hope. Discipline is key. Harsher penalties and law enforcement is key. Cooperation of the general public is also key. Things aren’t solved just by leaving the problems with the government alone. Society must help as well.”

Staying true to his passion to serve the public, Icky has given out advice to people who will, God forbid, get stranded in the rain again. This is what he suggests the people should do when they get stuck outside in the pouring rain and flooded streets again;

“Go to the nearest fast food chain/convenience store that open 24 hours a day. Food will make you smile amidst the hard situation at hand. Wait for the flooding to recede unless you have your swim gear on.”

Catch Icky every weekend; Saturday on the Afternoon Drive (2pm-6pm) and Sunday on Midday Vibes (10am-12pm) Only here at Y101, RHYTHM OF THE CITY, Always First.