High School is a magical moment in life and for some it’s one of their best.

Today Midday Vibe’s Chad the Stud recalls the years he spent his High School and tells me how much fun he had. 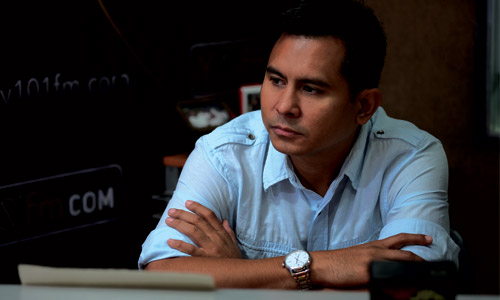 Nothing can ever compare to High School. It’s the awkward phase in your life when you get the first taste of what it is going to be about. Some kids will have trouble fitting in, and some kids just go through it easily. Chad the Stud of the Midday Vibe believes that if you just enjoy the ride, then you’ll have a good time.

Chad the Stud went to an all-boys High School in Don Bosco. There were about 120 boys in his batch and he didn’t have a hard time making friends with any of them. Chad spent most of his time with his friends playing football in the field. He and his friends would hang out around the campus and would also watch other sports the other boys were playing, like basketball. And since he went to a Technical school, he and his friends would also enjoy being taught how to operate on the lathe machine and milling machines. A lathe machine is a machine that performs various operations such as cutting, sanding, and drilling. It is mostly used for woodturning, metalworking, and glassworking.

His High School friends are still his good pals even until now. I bet if they would hang out now they’d also remember the good times they had in High School. Chad even told me that he and his friends would always talk about girls. On the weekends, Chad and his gang would go to Uptown Cebu where the kids of the 80’s used to hang out. Chad admits that spending his years in High School is one of the best memories he ever has.

We understand that every year, kids will have their first time in High School. It might be a scary thing to think about; your first day in High School when you don’t know anybody and you’re not sure how much you’ll change in four years time.

This is Chad the Stud’s advice: “Enjoy it. Don't try to grow up too fast but just learn from everything. High School is when you learn things about life. So just absorb everything and do what you’re supposed to do. Make the right choices in life. You’re gonna have a lot of mistakes along the way and that’s part of growing up. Learn well from these mistakes and i’m certain you’ll become a better person.”