Our favorite Hip hop and RnB DJ is all over the GOT fever too! 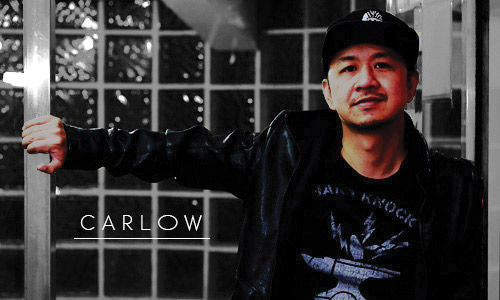 I'm sure most A Game of Thrones fans have now been left thirsty for more as the recent season has ended earlier this week. It's no secret Carlow is a fan too- and he has some insights to the explosive (pun intended) ending. Fans can attest that GOT is more than just gory battles, dragons and some nudes- it's all about understanding politics too. After the season ended, he confesses to have mixed feelings.

"The series taught me that even your favorite characters die right away. And not all heroes are good. And it makes you get used to head rolls and all that gore. And it gives you an idea of how politics work." Like every other fan, season 6's episode 9, The Battle of the Bastards may be one of the best episodes to date because of its superb production (we heard there were 4 sets of camera crews on set between Jon Snow and Ramsey Bolton's battle and up to 80 horses were employed to complete the 7-minute long battle clip).

GOT virgins at first may not follow along the story line and dialogue in general and as you keep going, you'll understand the premise over the A Song of Fire and Ice (the book that the series is based). "And I'm happy that I know much already about the series, and at the same time sad because Im gonna wait long for the next season again. So yeah I'm looking forward to the semifinals of the series where we see the remaining players battle it out for the iron throne. Cant wait!"

So what was your favorite and most shocking part of this season? Cercei's explosive revenge on The Faith Militant? King Tommen's suicide? Or how about that time when all hope was lost and then the Knights of The Vaal saved Jon Snow's ass? We're just as excited on what the next season has in store for us!