Yes, the ever-cool Carlow dishes on some bad habits every party-goer should ditch.

Prior to joining the roster of talents here at Y101, Carlow has been spinning at clubs for years. Even with a calm and devil-may-care attitude, Carlow gets peeved by some bad habits too. 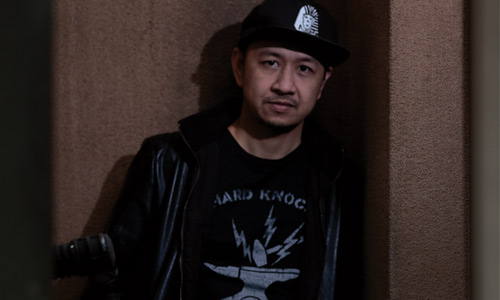 DJs take pride in their art and coming up with a playlist and mix speak of their identity as an artist. "[One time] Some guy came up to the booth and asked for dance music. I looked at the crowd and they seem to be dancing to my hip hop mixes. I didn't know what he meant." I asked, "Maybe he wanted some techno or EDM?" Carlo shared, "Well..when people are dancing to a certain song, I guess that's considered dance music, yeah? We're open to requests but it shouldn't be off-beat with what I'm playing."

He also shares about people not being mindful when they get too close to equipment- there are countless horror stories on what goes wrong when lights, spin tables and even cable wiring get accidental damaged especially when the venue gets too crowded. "When people put their drinks close to the equipment, I hate that. You can't control the crowd especially when they've had much to drink and having fun shouldn't come with the cost of buying new stuff." One thing that party-goers should know is that getting too caught up in the moment by dancing on stage too close with the light and tech guys thinking it's okay. But these dudes get irritated too. It's their job to abide with safety hazards by protecting these things aside from letting them work smoothly.

So what's another thing that not only bothers Carlow but also creeps him out especially when the party gets extra crowded? "[When people] dance [closely] behind me while I mix...I feel violated. What's even more creepy is that there was an instance when someone was requesting in my ear and [she] was almost licking my earlobes." Now that's creepy!

Partying responsibly doesn't mean avoiding drugs, it comes with etiquette too! What are your pet peeves while partying?