Our resident DJ gives everyone a head's up on partying responsibly.

Last weekend, everyone was saddened by the news of four (yesterday an updated report counted 5) party-goers meeting their unfortunate ending during a national outdoor rave event. Partying with alcohol and drugs has been an issue for the last few decades and it seems last week's unfortunate event was a wake up call. Carlow expressed his disappointment in a Facebook status and we later exchanged some thoughts about the issue. 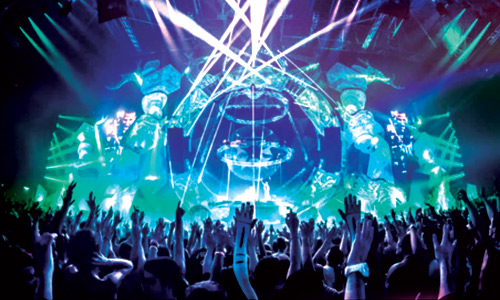 His status read, "It's so sad to know some people are incapable of absorbing good music without immersing in quantities of dangerous chemicals. If only there was a way of capturing the sound, put all the playlist in capsules, manufacture them so you can just swallow the wonderful musical experience without having to risk your life. Coz' I'm a DJ and I love playing songs for you, and I don't want it to be your last dance."

While peer pressure and pop culture can be deemed as today's culprit for irresponsible drug and alcohol use among young party-goers, Carlow also shared that complacency on security and crowd control can also be a factor. "It's difficult especially when an outdoor event is jam-packed. No one can monitor everyone closely and when people get intoxicated, they wouldn't care about drinking water or saying no to what's been passed on to them. I'm not an expert but when it comes to drugs, you're never too careful."

So to everyone, especially those who are starting to indulge in weekend partying, you don't need drugs to have fun. Don't take/drink anything random from people you don't know. Have fun and be responsible, and drop the mantra "'till death do us party".