Music is a phenomenon that is experienced differently by different people.

Each person who hears music is influenced by his own personality and life experiences. That’s why certain music is personal to a person, and the meaning and value of the song is perceived differently by people. 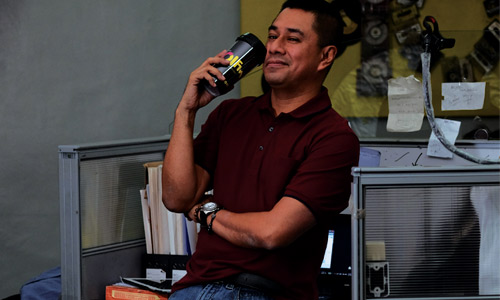 A few weeks ago, Mike O and I had a really fascinating chat about music. One of the things we talked about is how people perceive music differently. We were on the topic of rock music. At a point I asked him what he thought rock music should sound like, Mike O said that the sound of rock music should be created through the most basic of the band instruments which is the guitar (electric most preferably) and the percussion. Mike O claims that you can create a rock band with just three members as long as you have guitars and percussion, just like as he said, The Police do with one bass guitar, one lead guitar, and the drums. The Beatles also make up a classic example of the most basic rock band with three guitars and percussion. George was on lead guitar, John was on rhythm guitar, Paul was on bass, and Ringo was on the drum kit.

Eventually I asked him the question, “what does rock music sound like for you?” It’s a really vague question but an answer is always specific and very different from person to person. Mike O however spotted the surface the question and stretched it farther.

The question now would be “why”. Why do some people perceive music differently? Again it’s all a matter of taste and influence from life experiences. That’s why everyone loves music. It’s strange and very mysterious. Music is a phenomenon that is unfathomable.