Aside from being a movie, Point break is that deciding moment during a crap, just before climax, when you know everything is going to be just fine.

Kidding aside, in the truest sense, a Point break is about having lost all hope before blasting for success. All of us have that inner desire to risk it all but fear the consequences. If given the time, Carlow wants to venture into extreme sports for fun. 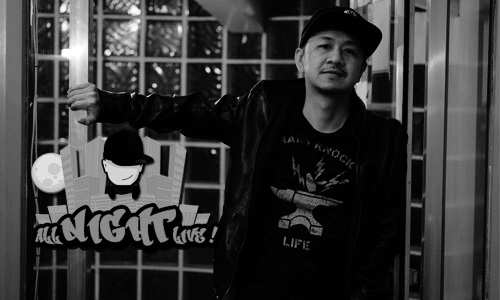 "I just recently saw this film Point Break and it has scenes of extreme sports like surfing storm waves, off-road motorbikes jumping from cliffs, free climbing beside a waterfall etc. The one scene that fascinates me is the one with them jumping off a cliff in a kind of a glide suit and they just flew down between rocky mountains and over trees and waited til they were close to the ground and deployed their parachutes."

A little background on the movie: Point Break is about extreme sports junkie-turned-FBI agent tracking down thrill- seeking criminals that perform a series of daredevil stunts to steal money and gems, only to give it away to the poor and less fortunate. "So do you want to be an action sports con man?" I jokingly asked. "No it's just that flying scene...I think the feeling is crazy: knowing half the time you'll die if you make one mistake."