The first time I met Donaire he was fresh from the Darchinyan knockout that got him famous. Darchinyan came on that fight overconfident. Donaire knocked his ass off in such a convincing way that they declared it the knockout of the year.

Donaire came to Cebu and I was the first one to sponsor a hotel room for him and his father, Nonito Sr. By doing so, I interviewed him here with Jack Jacosalem. Actually nobody knew him yet. It was around 2006 or 2007, that time Pacquiao was fighting Morales or something. Because Donarie came as an overnight sensation in boxing, everybody thought he would be just a flash in the pan. It’s really hard to judge a fighter according to his skills because it only takes one punch to defame a boxer. 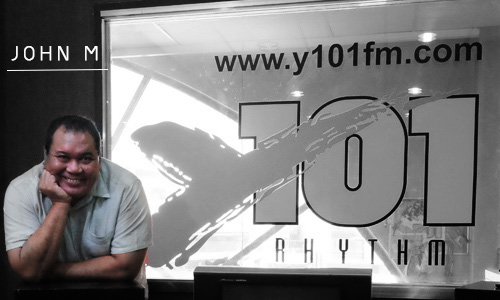 So Donaire came and we had a great interview with him. By doing so, I got to know Nonito and we actually hanged out together. We went to Formo and we partied and drank. Nonito was a casual drinker. But of course if he wanted to party and get drunk he would do that too.

After a few years, he came back to Cebu. I saw him working out at Holiday Gym. He was doing his sparring and mitts and all that. There’s a few instances that Nonito came back and forth to the Philippines and every time he visits the country, he drops by Cebu.

Next time he came here, he met Rachel who is his wife now. Rachel was a taekwondo champion. She was also a fighter. She also displayed a good business acumen. That’s why she’s his manager now.

And then I saw Nonito again. This time I saw him at Manila when I was announcing the main event; A.J. “Bazooka” Banal going for the word title against Sor Singyu of Thailand. He was there as one of the commentators. I was surprised he still remembered my name. I walked pass by him and he called me. He went “John M! John M! Y101 Y101!” I was really happy he still remembered me. That’s one dude who has a good heart.”

Our favorite afternoon DJ remembers the time he meets The Filipino Flash, the boxer whose much anticipated match will occur on 23 April at the Cebu City Sports Complex. John M had a lot to share about the Boholano boxer. He shared to me interesting factoids of the man. He told me that Nonito Donaire dances very well to freestyle and hip-hop. I found out from John M that Nonito is very fluent in Spanish too as his friends from California are Mexicans and most of his close friends there are Mexican boxers.

“We’re close acquaintances. Every time we bump into each other we give each other a brotherly hug.”

John M is very confident in Donaire’s skills. He thinks that Donaire and Pacquiao are very much alike, both are very good and very talented.

“If you ask Nonito if he is the next Pacquiao he would politely decline. That’s a very humble person. I cannot wait to see him again”.