How Chad fell in Love with the Radio

This is how Chad the Stud became one of the great Cebuano jocks of this generation.

Chad the Stud was once a young boy in the 80’s. He was a teenager who chased a ball on the football field after class, and chased the girls after school. His cheerful friendliness attracted a lot of friends whom he hanged out a lot with during the weekends in Downtown Cebu. He and his friends would meet a lot of girls and they would all dance to the tunes of A Little Respect or She Drives Me Crazy. But the most special moment during the late 80’s that changed his life forever is when he was captivated by the charm of the radio, listening to a lot of Y101 under the management of the legendary Johnny Kawa. 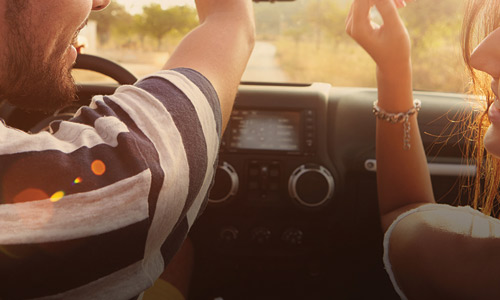 Chad listened to a lot of shows from Y101 during the late 80’s, idolizing all the great disc jockeys from the period that include Johnny Kawa, Jackie Cooper, The Shadow, Real Steel, and many more. When he’s not hanging out with his friends, Chad would sit at home all day and listen to his radio heroes especially to the great American radio legend Casey Kasem whose American Top 40 was broadcast by Cebu’s Y101.

“My ears were glued listening to Y101. I was mesmerized by the radio, and that was when I decided I wanted to be a DJ”.

True to his promise, Chad eventually took on the profession of the very people he idolized as a youth. Chad is now part of a new generation of Y101 jocks that are also influencing the young dreamers today. Impacting his/her ambition to become a disc jockey of Y101 someday. Chad the Stud wants to encourage them to audition for Y101 if their dream really is to play some music on the radio.

“I have no idea why but kids nowadays are so intimidated to join Y101. Well they shouldn't be. Because if being a DJ’s their dream, then they shouldn’t get intimidated. They should take it as a challenge, and really pursue the dream”.

Catch Chad the Stud every Mondays to Fridays 10am to 2pm on his radio program the Midday Vibes. Only here at the Rhythm of the City, Y101, Always First.